It's been another productive week but I have come to a bit of a standstill on the quilting front because the batting I ordered from here is out of stock. So I have not one but TWO quilt fronts and backs waiting to be hand-quilted now. They are sitting patiently in my workroom. 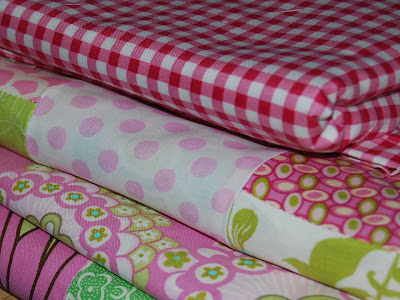 So, it has given me a chance to play hooky again and finish off making a little something for Jasmine to go with her quilt. It's not quite finished but I will tease you with a few snippets in the meantime: 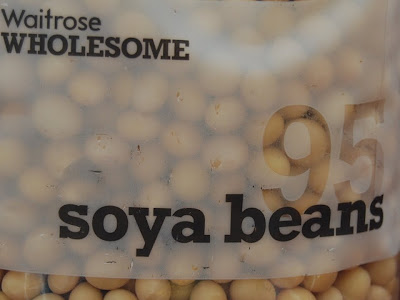 They are the perfect weight and size, but I'm not eating them.

I tried a brad and embroidery but then settled for a button. 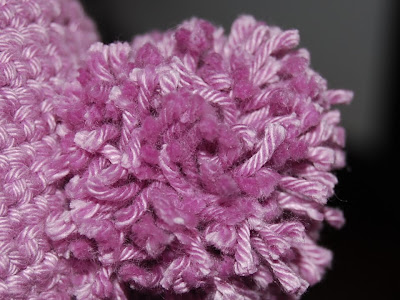 Then I made a fluffy pompom.

I've rummaged through the scraps from the quilt and have used some fusible interfacing for the finishing touches which just need to be sewn on...

Back in July I took Ali up on her offer of a free recipe book if I signed up with Abel & Cole for a weekly vegetable box delivery. It was something I'd been meaning to do for months as I regularly had a flier dropped through my letter box. 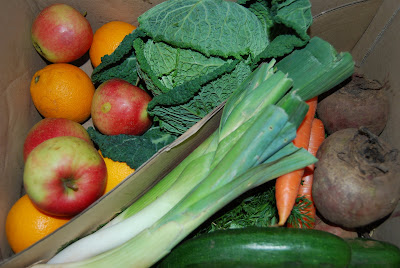 So every Friday I am in raptures about a mixed organic fruit and veg box being delivered by a big yellow van. It is the perfect size for us and I am loving the variety of vegetables I now eat on a weekly basis instead of being stuck in the carrot rut I found myself in before. I'm hoping it will slowly encourage No2 to become more adventurous with his diet!

The great thing about it for me is having to think of ways that I wouldn't usually cook or use the fruit or vegetables. For example, we are not big orange eaters so I have been juicing them and using them in smoothies instead. 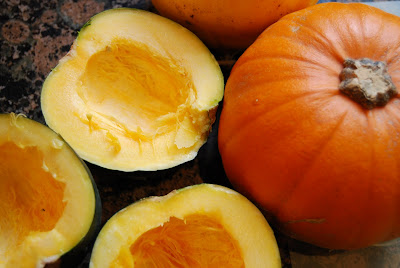 As the produce is always seasonal we have had several varieties of squash and pumpkin. I had some friends over for lunch earlier in the week and made a squash soup from the recipe that came with last week's box. I always use my melon baller for getting all the flesh out of squashes and pumpkins - I don't think I've ever used it on a melon! It's so easy, just cut the pumpkin (or squash) in half, remove the seeds and scoop out all that lovely orange flesh. 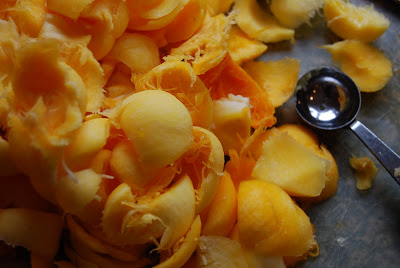 To go with the soup I made some soda bread from my new favourite recipe book. It is the easiest recipe EVER!!! Ridiculously easy. 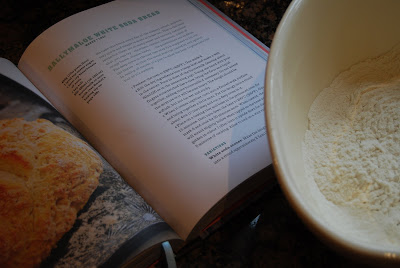 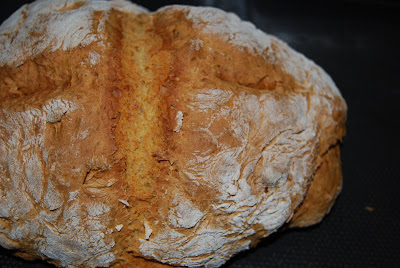 Abel & Cole are doing another promotion and so if you'd like the recipe book do leave a comment and I'll tell you the secret! Oh, I get £10 to spend there too, so no pressure...! 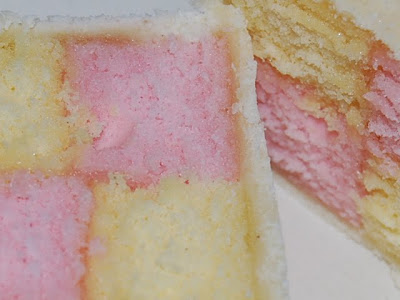 The quilt I've been busy making for Jasmine, my niece, is finished and it reminds me of Battenberg cake - it is a mixture of pinks and soft yellows, so I will call it The Battenberg Quilt. 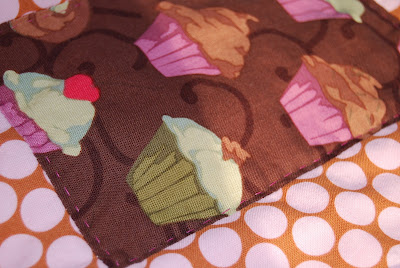 It seems appropriate considering there is a bit of a cake theme going on! 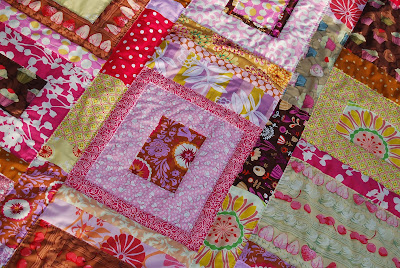 The quilt is based on Amy Butler's Pink Bliss Quilt available as a free download here. I made it about 12 inches longer so that it will just about go on a single bed. 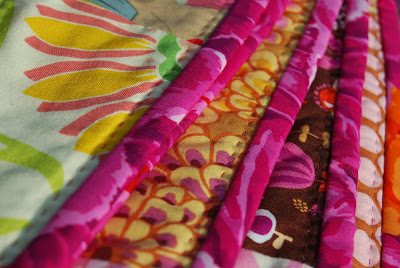 Jasmine helped me pick some fabrics to go with some from my ever-growing stash, from eQuilter who have a great little designboard thingy to play with when you order from there to see how your quilt is going to look. 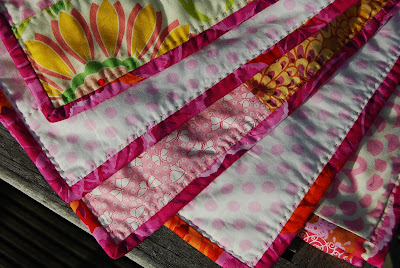 I backed it with a Kaffe Fassett pink and white polka dot and hand-quilted it around the bigger panels and along the length of the narrow strips. I then used his Cabbages and Roses for the binding. 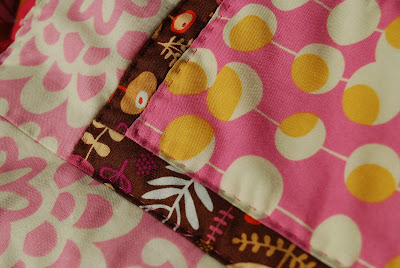 And so here it is laid out on the deck on a sunny October afternoon. All ready for wrapping... but I've got a couple of other little extras to finish to go with it... 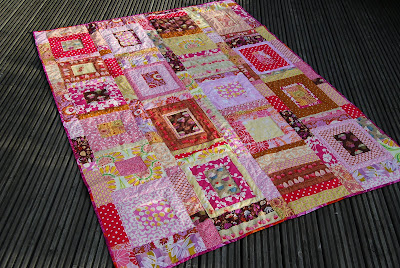 My new workroom is proving to be a complete success and I am well on the way to completing the quilts for my three nieces in time for Christmas. Oh dear, I just said the 'c' word -sorry! 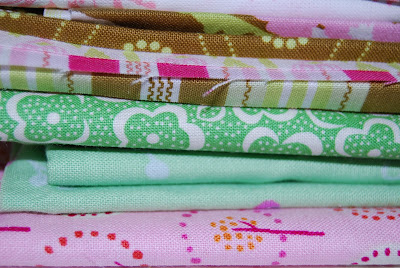 There are piles of pink and green fabrics... 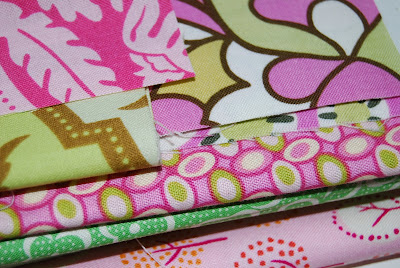 ...that are getting me ridiculously excited! 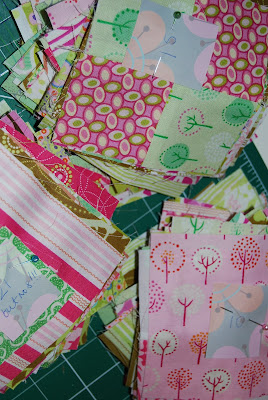