Brightening up my day...

Are you as bored of the grey as I am?

Shall I share with you what is brightening my day? In spite of it now being tucked away in my spare bedroom...

It began life way back in April with the making of my first block and had me all pleased with myself at the precision I had achieved. Only another 48 blocks to go then... 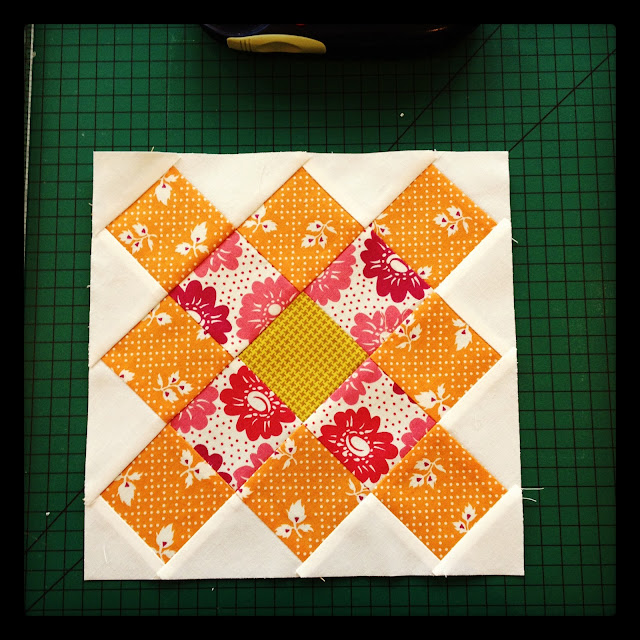 I showed a sneak peak back here when I was interrupted due to running out of fabric.


I had already found some vintage-like fabric in Ikea that I knew would be great on the back. 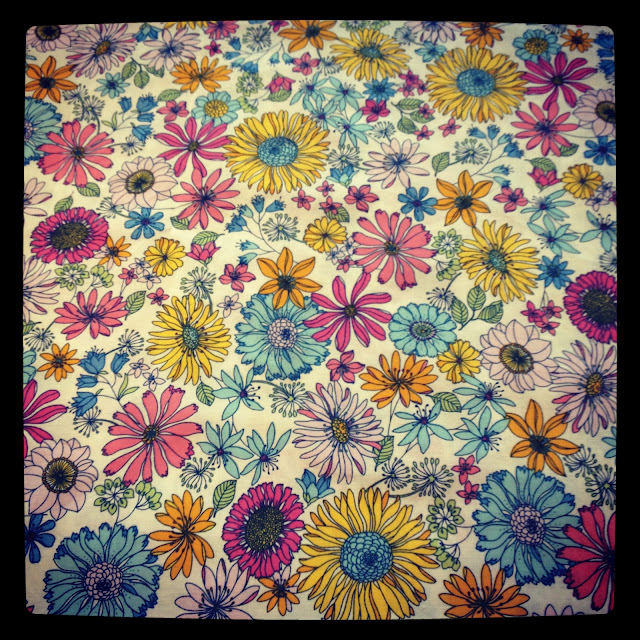 Then there was mention of my sore arms here, when I was about to machine-quilt it. There was also a fair bit of unpicking to be done because of some unwelcome puckering. Bah! 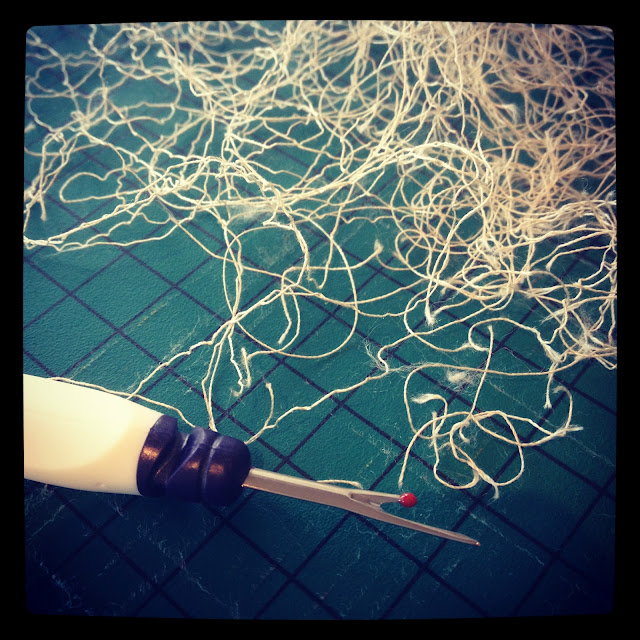 I used some brightly coloured voile from my stash for the binding (always one of my favourite bits of quilt-making, choosing the binding). 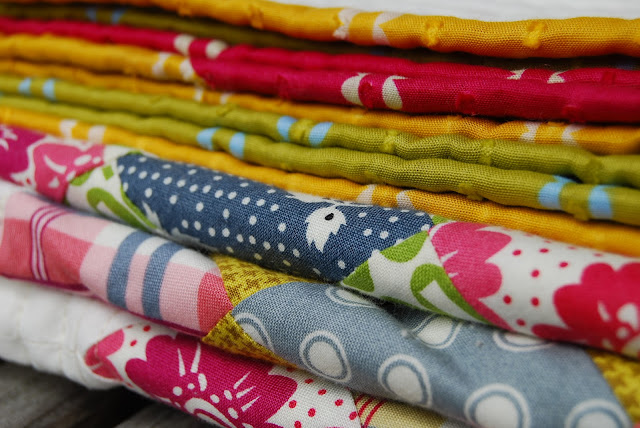 In an unexpected dry spell, I even managed to lay it out on the deck to get the, ahem, full-frontal shot.

May I present the making of My First Queen Size Quilt: 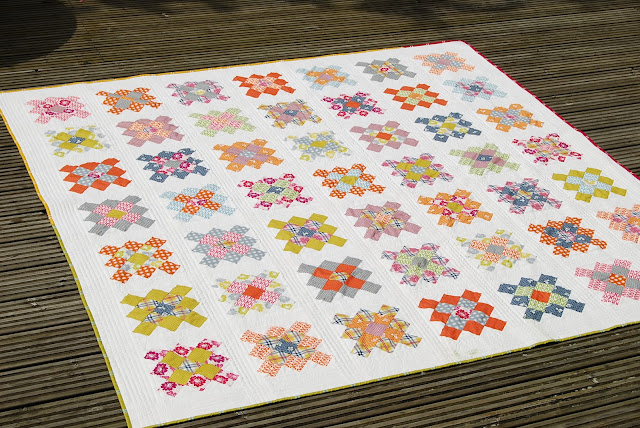 I'll be making a couple of pillow cases with the scrap and then I will do the full reveal in situ.  If these grey skies persist, that will happen some time soon because if they have brought anything positive at all, it is my sewing mojo firmly back in charge.

Email ThisBlogThis!Share to TwitterShare to FacebookShare to Pinterest
Labels: quilting

The beauty of wood...

I'd been looking forward to seeing the David Nash sculptures in situ since we happened upon the set-up a couple of months ago. 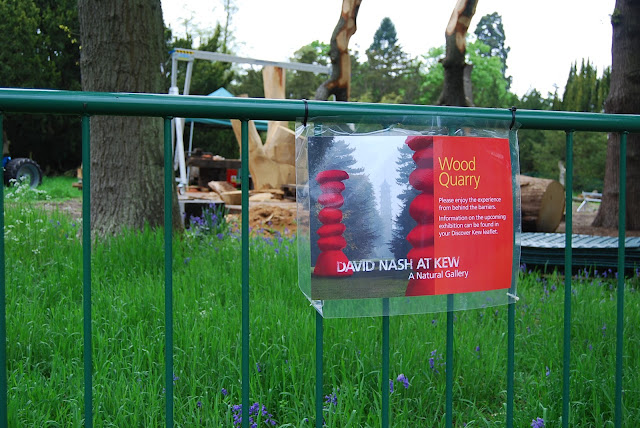 I absolutely love the Ent-like nature of these branches striding through his wood quarry. 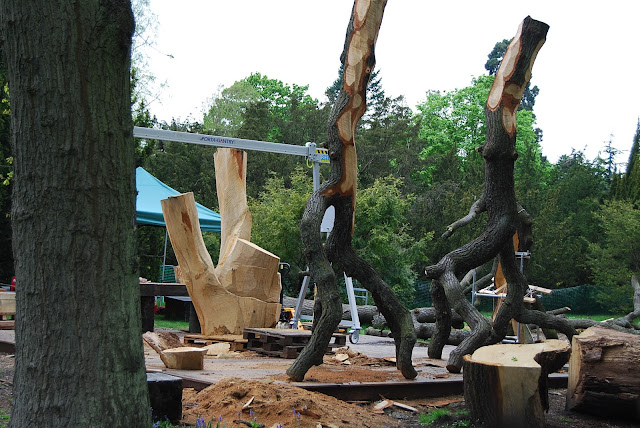 As imposing as the larger sculptures look outside in the gardens: 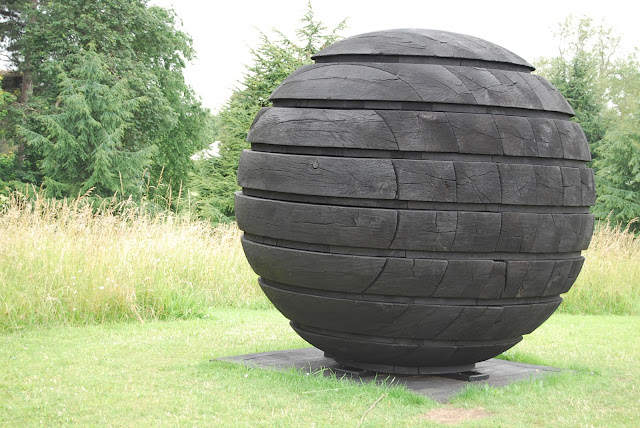 I think they really come into their own inside the glasshouses, nestled in amongst the ferns and foliage: 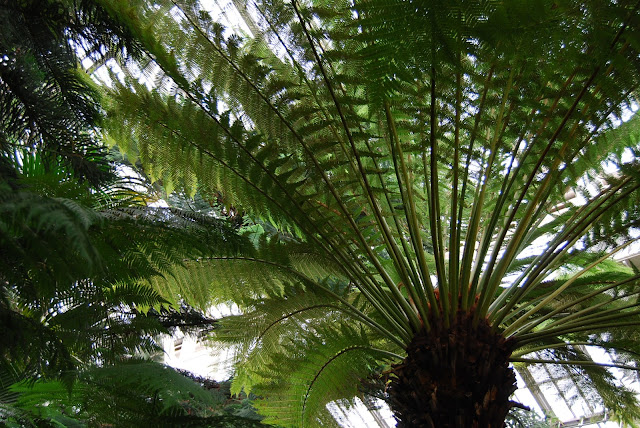 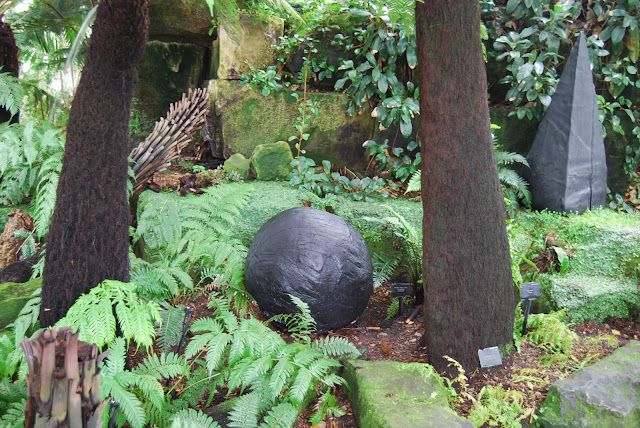 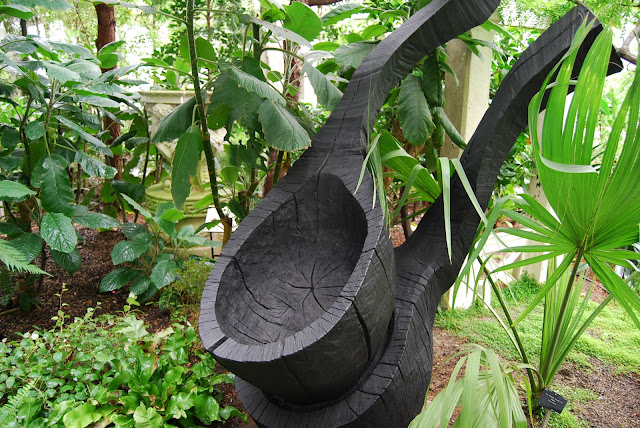 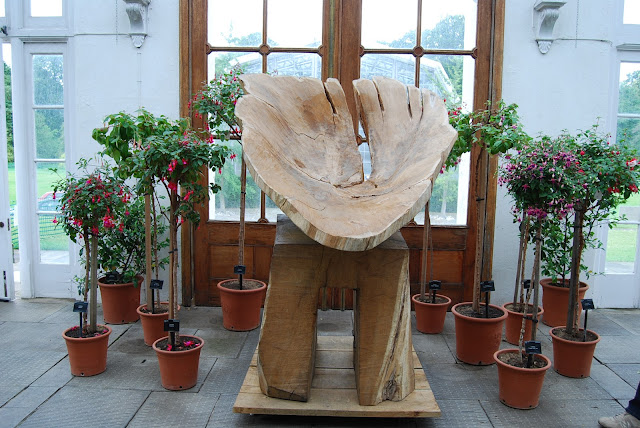 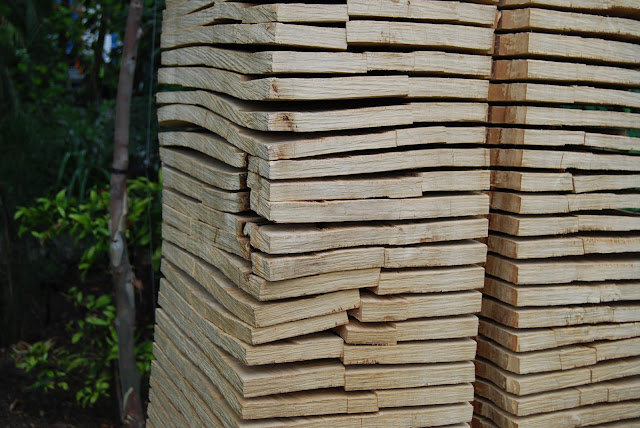 Email ThisBlogThis!Share to TwitterShare to FacebookShare to Pinterest
Labels: Kew

Off the beaten track...

Kew Gardens in July - Part One 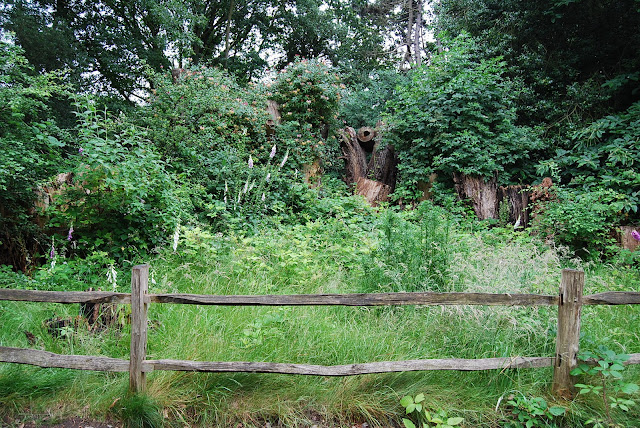 Isn't it always the way? In spite of having become a bit of a sporadic blogger, the minute my broadband goes down, my head gets full to bursting with blog posts. Five whole days we've been offline. It felt like going cold turkey and my eyes are strained from peering at my phone which gave me 3G to feed my internet addiction! The lack of xBox hasn't been pretty either for a certain someone. Just saying'...

All up and raring to go again as of a couple of hours ago - woohoo!

So, Nancy and I went to Kew on Monday determined to have a proper look at the wonderful David Nash sculptures, but more of that in Part Two.

I've been a member at Kew for just over two years now and I am pretty certain that on every visit I've made I have discovered myself in a part of the gardens that I have never been in before. This time, we found ourselves off the main paths and in a shady woodland area that was over by the badger sett. The paths were soft underfoot from the natural leaf mould rather than the tarmac paths that we usually walk.

It was hard to believe that we were in the carefully planted Kew that we both love and know. The area had been left to grow naturally and there were lots of tree stumps that were the habitat for stag beetles. It would have made my day had we spotted one. 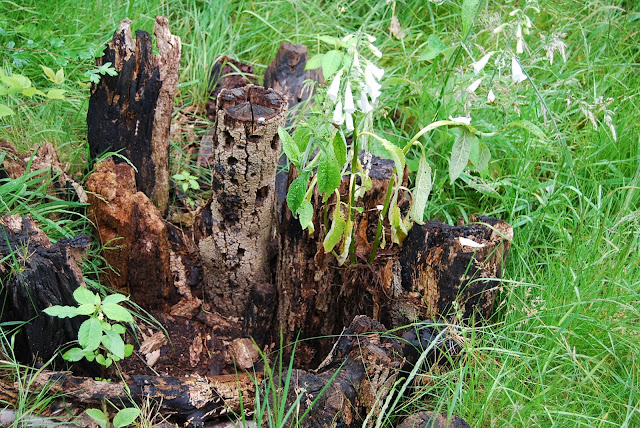 As we strolled and chatted, we came across these stunning wild lilies. Using the wild flower identifier app on my phone, we soon discovered what they are: Martagon Lilies. 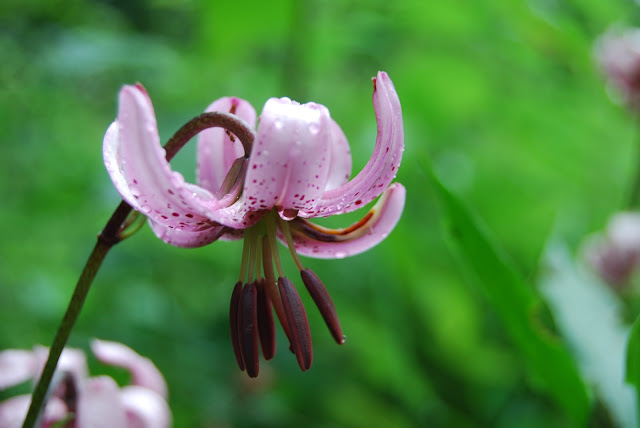 They were much smaller than cultivated lilies, probably about the size of a golf ball, but they had the distinct lily fragrance and the tell-tale pollen. 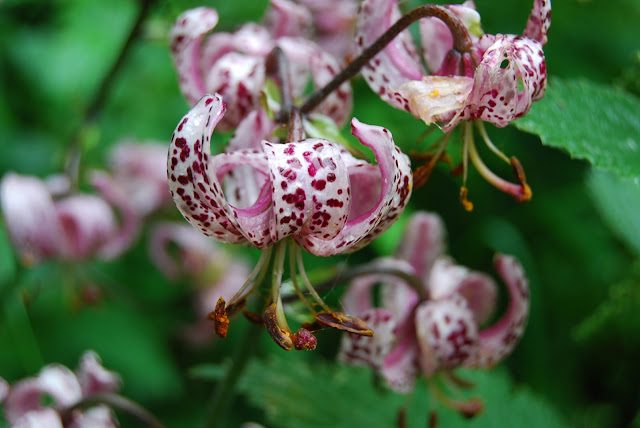 Further along the path, we then saw this pretty yellow wildflower trailing through the bigger bushes. Out came the app again and voila! Big Root! 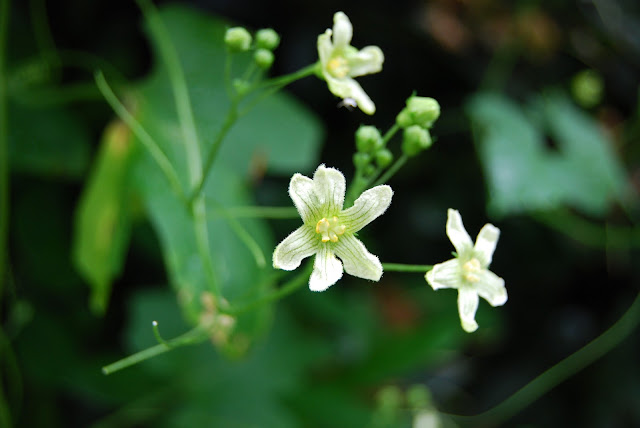 It had some impressive tendril spiralling going on but I failed to capture it clearly so you'll have to take my word for it or ask Nancy nicely to post her photos ; )


Another little gem within Kew is this walled garden below. It's not always open but I was hoping it would be this time as I knew the borders would be breathtaking. I was right and came home full of big ideas for my own pesky back border. A girl can dream... 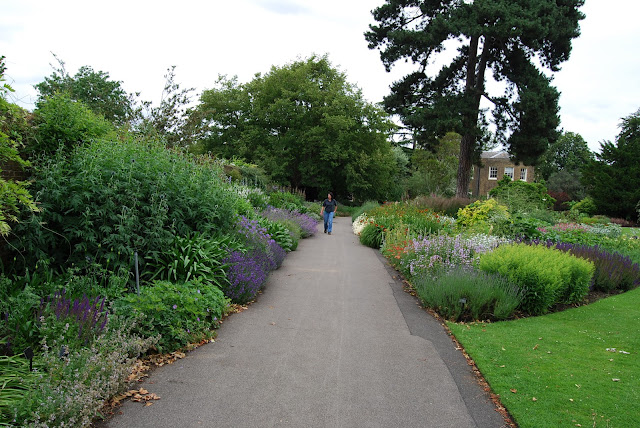