This photo was taken on his first day of nursery at Big School. He was so excited and wanted to wear his favourite train sweatshirt. 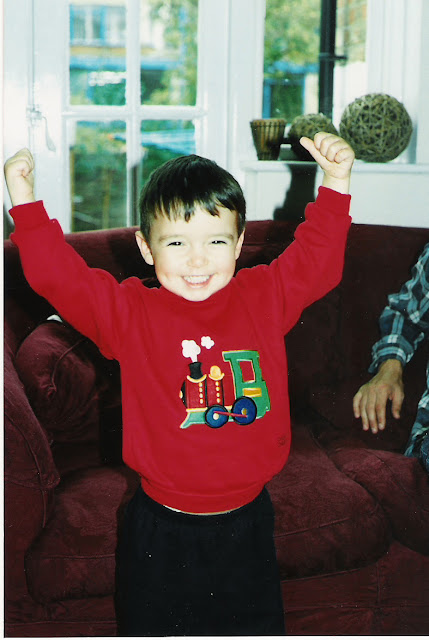 No2 and I went to the zoo today, as we usually do to mark the day. Our ZSL membership includes Whipsnade so we decided it might be a drier option because at least we would have the car to shelter in. A wise decision as the rain and wind were foul.

This year's favourites? The bears, hands down. They reminded me of one of Tom's favourite books from nursery. 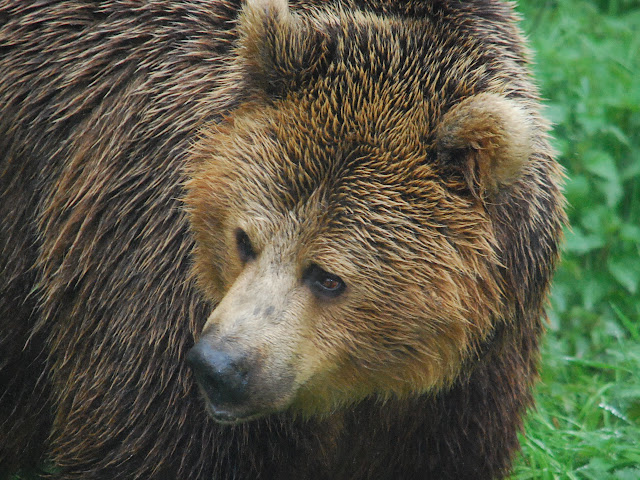 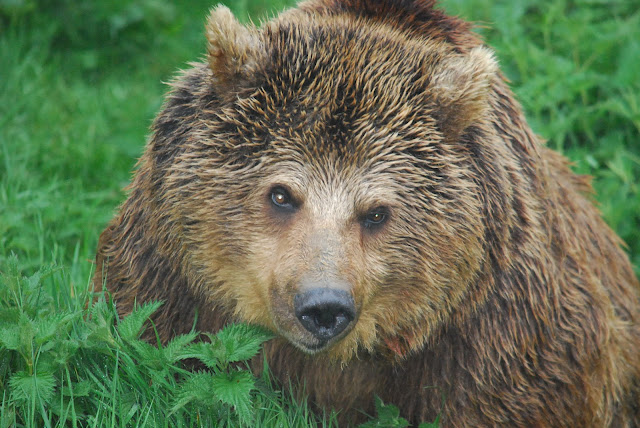 what do you see? 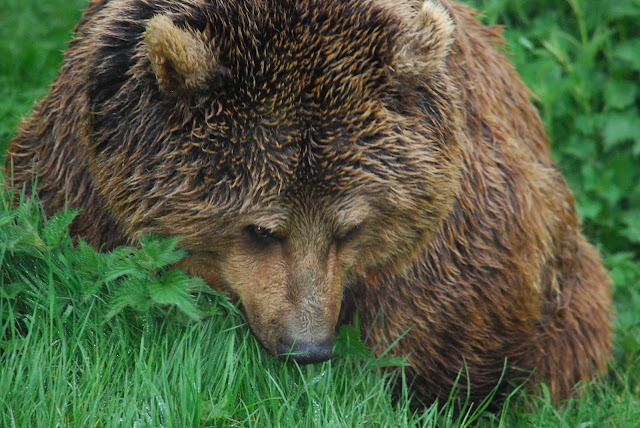 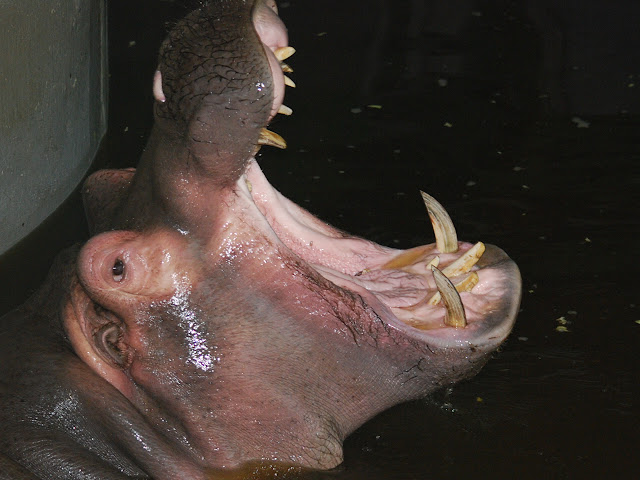 a hippo, yawning at me.*

Or it could have been an elephant who had decided, in her wisdom, that hay was more stylish to wear rather than eat! 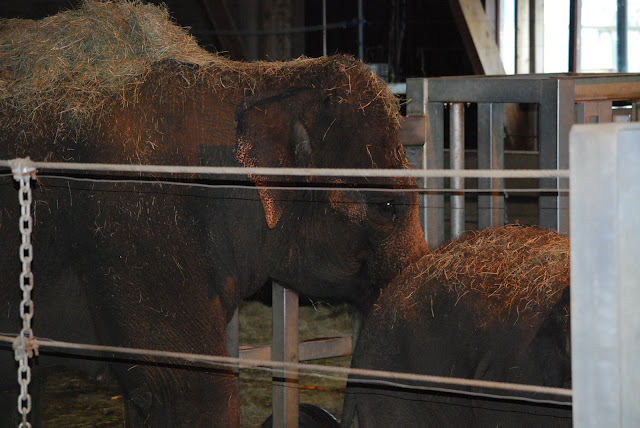 *keeping it topical and hoping Eric Carle doesn't mind.
Posted by dragonfly at 20:56