That time of year... 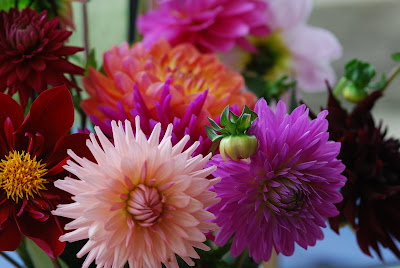 The dahlias are for picking at the nursery so it must mean the end of summer.  I know I am not alone in thinking that September signals the start of a new year with the beginning of the academic year.  I feel like I need to look back on the summer as a playful interlude and that plans that have been talked and thought about need to be put into practice. 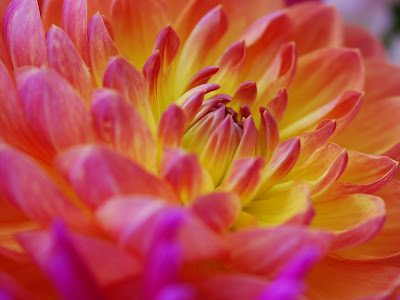 No2 went back to school today - into Year 10, how on earth did that happen?  He's had an eventful summer of pushing his luck and his boundaries.  He looked all grown up in his blazer this morning and as soon as he'd left, I was clock watching for him to come home again.  He text me within minutes of coming out of school to say that he'd been moved up, not one but two sets this year.  At the beginning of this year, due to his difficulties during the previous terms, his year head had made the decision to move him down a set as his behaviour had affected his academic progress.  He was absolutely mortified and it seems he became determined to rectify the situation.  Today's news is wonderful and I am so pleased for and with him.  So, he is now starting his GCSE's and I'm really hoping he will work hard and realise his potential.  We talked about working hard and playing hard to find a balance to the next few years. 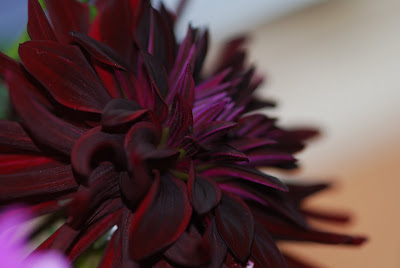 I need to get some discipline in place myself too.  I have decided that if I write about it here, it will be real and therefore I will have to actually make a start.  You see, I have been asked to write a book.  I will be writing alongside one of the bereavement team at Helen House.  She is someone who I have shared many hours with over the last two and a half years, both on a one-to-one level and as part of a larger group.  I cannot begin to tell you how flattered I am to be asked to collaborate in such a project.  We will be writing a book about losing a child.  It will be my personal experiences and those that I have shared with other bereaved parents I have met over the last four years, married with what is known from research and studies on grief and bereavement.  We want it to be aimed at people who have lost a child or are anticipating such a loss.  Over the last three months we have worked on an outline and at the beginning of the summer holidays we met with the Chief Executive and Clinical Director and were given the go-ahead.  So now I need to write.  My first deadline is next Friday and I have spent the last ten days mulling over where to start.  I think I have my first line.  Or maybe that should be my first first line.

My strategy is to find a balance that involves plenty of creativity which I am hoping will inspire me to tackle some painful and honest accounts of how it feels to have your entire life turned on its head.  I need to have my home filled with colour and flowers - the two things that keep me sane.  The dahlia fields are calling me...
Posted by dragonfly at 21:21