A different way of life...

I could get used to waking up to this view.  The soft misty light clinging to the hills in the distance.

I spent the weekend in another fabulous Under the Thatch property, this time, the Black Mountain Yurt.  I don't have enough adjectives to describe how much I loved it!  Hopefully, the pictures will speak for themselves. 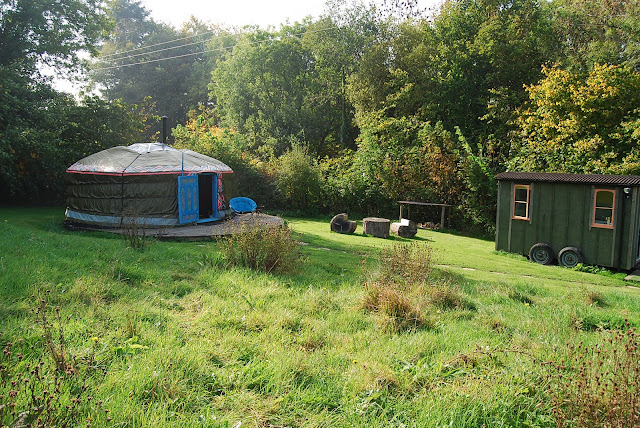 It was tucked away in the top corner of a field, the perfect spot for some peace and seclusion.  The shepherds wagon on the right of the photo housed a mini kitchen and shower and toilet, so there were a few basic essentials. 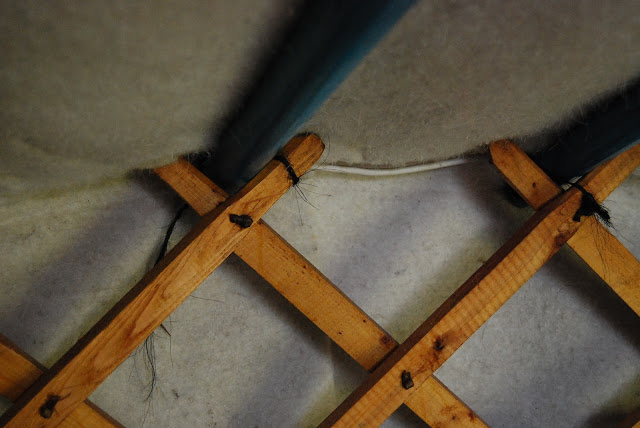 The yurt itself was authentic and traditionally constructed.  The wooden lattice which formed the walls were joined using leather thong that was knotted either side.  Thick felt then covered the walls and roof.  Traditionally, this would be made from the wool of the sheep that accompanied the nomadic people. 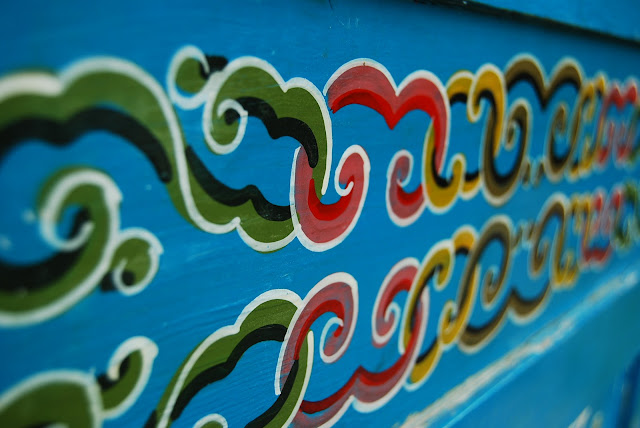 I loved the attention to detail everywhere. 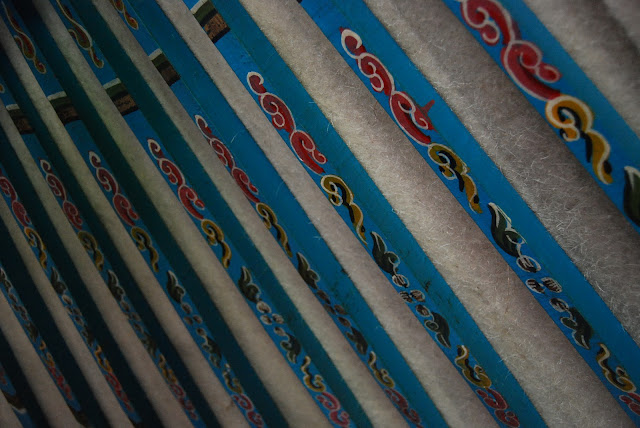 The roof structure was simple but precise. 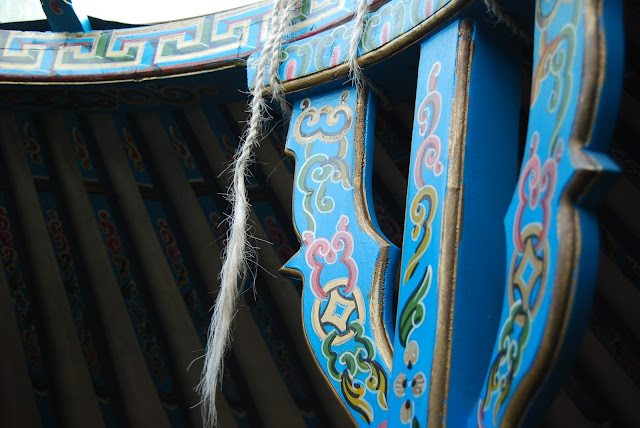 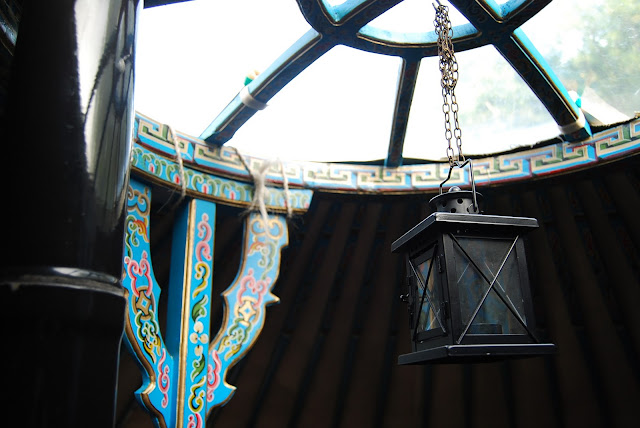 All the ropes that held it together were made of horse hair. 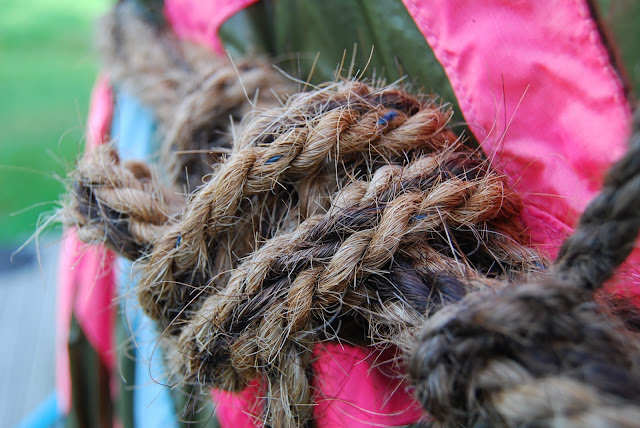 Inside, there was a wood-burning stove.  I lit it on Saturday afternoon, but it soon warmed the yurt up to the extent that the door had to be flung open! 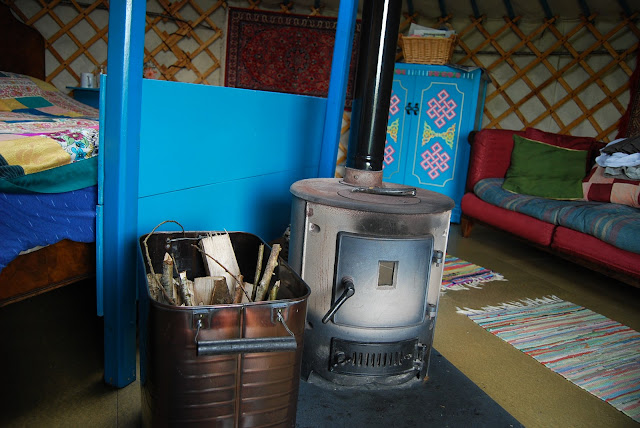 The bed looked like it had been made just for me! 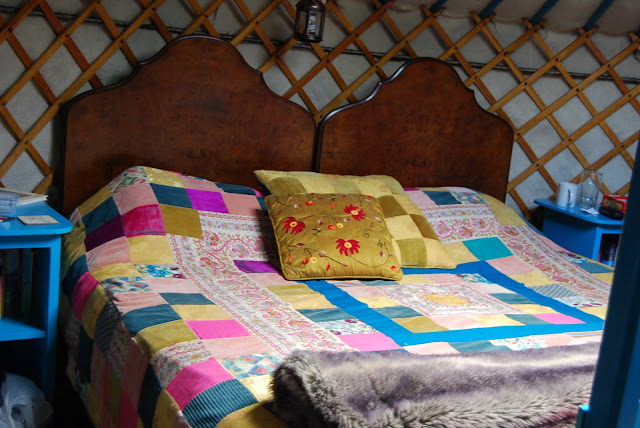 The most vibrant patchwork quilt that had some wonderful vintage fabrics in it. 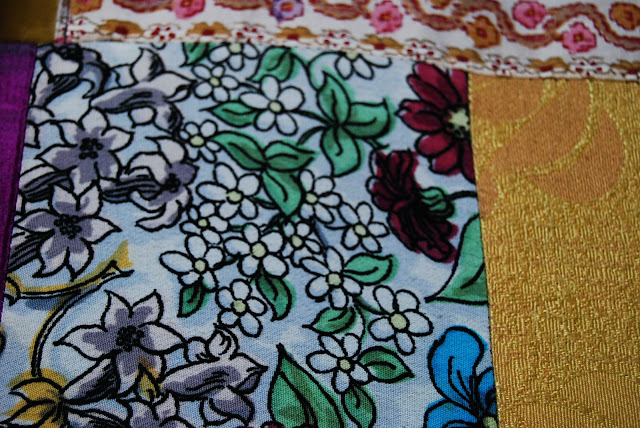 It was bliss sitting out in the late afternoon, having made a fire in the brazier, just taking in the view... 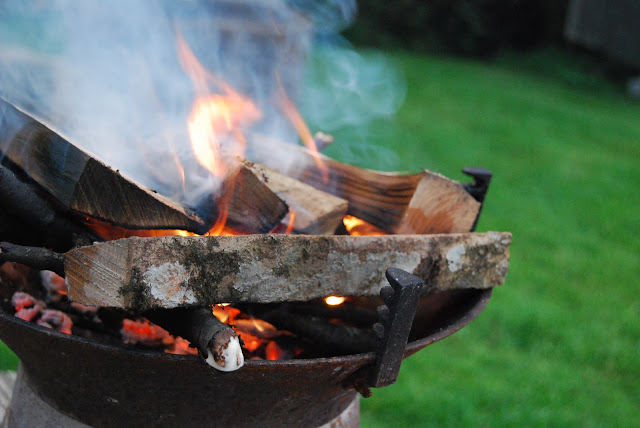 ...smiling at our neighbours grazing contentedly... 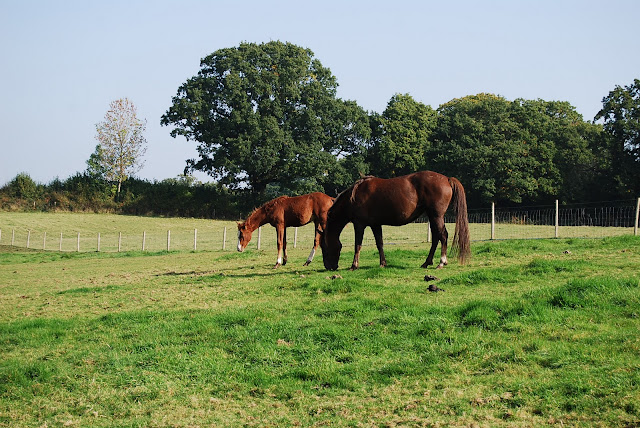 ...such a pretty foal, almost as big as the ponies in the next field. 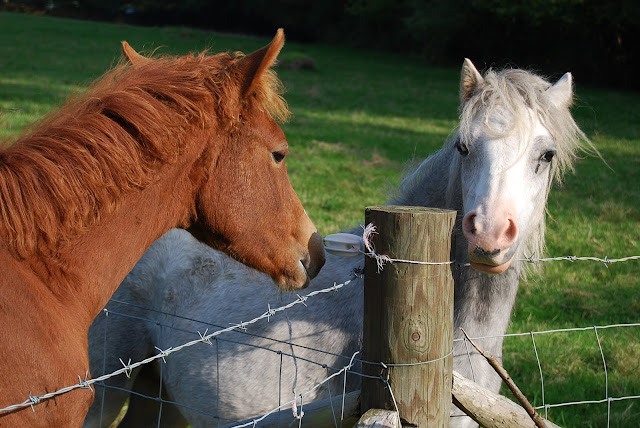 While I was cooking dinner in the wagon, I glanced out the door only to be delighted to see two young fawns gambolling around in the same field.  They spooked a little when they spotted me, but soon forgot and carried on chasing each other around!

Time spent like this is so important to me now.  I have developed an overwhelming wanderlust and the need to get out of town as much as I can.  To be able to sit back and feel content in the landscape.  This part of the world is like a magnet to me.